You are here:
Releases & Patches 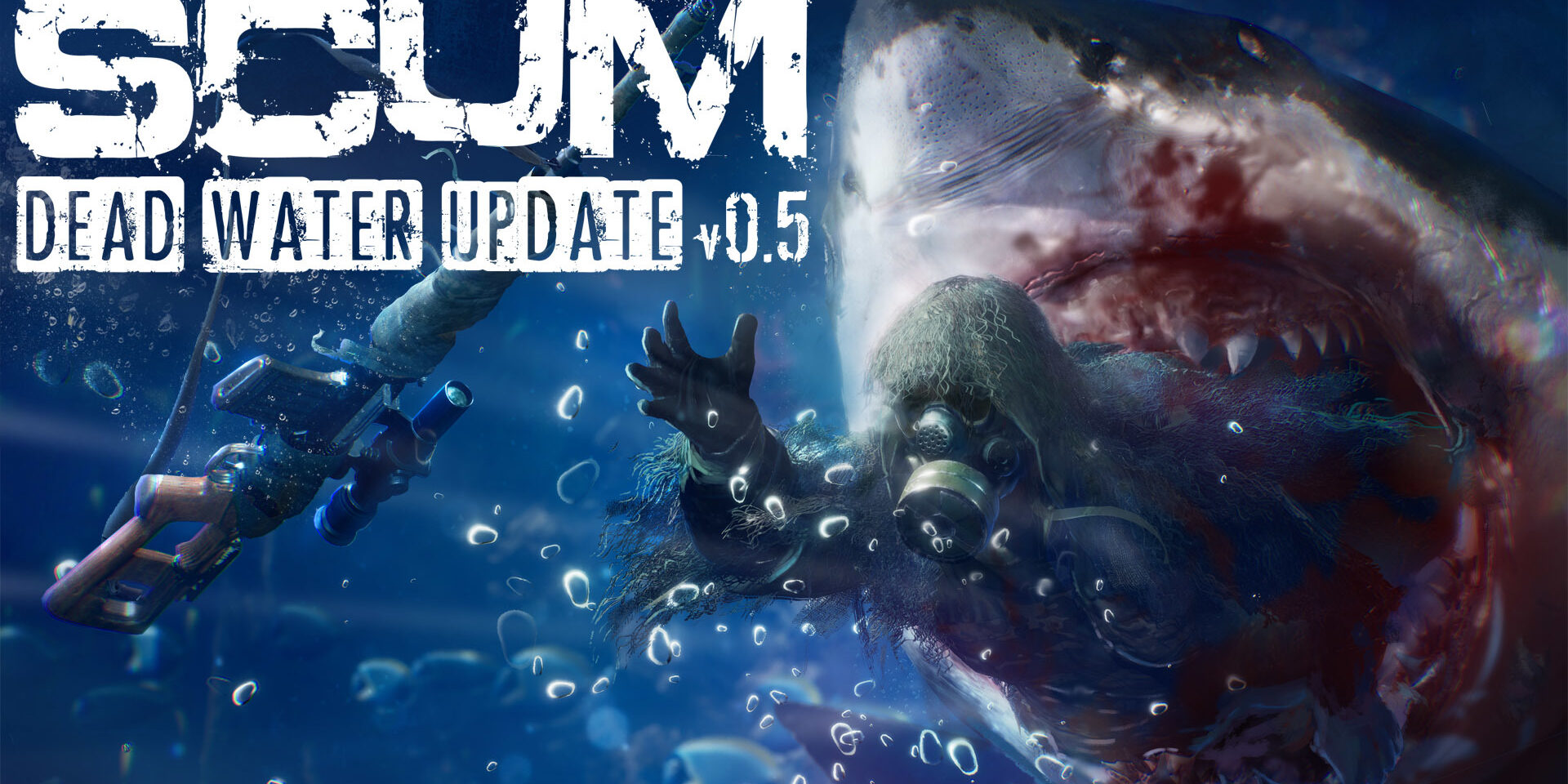 It has been a wild ride but we are finally here with the update, but you waited long enough so let’s just get into the good stuff.

Don’t forget to check out the trailer as well.

As you have seen before we have expanded the map with a new row and column of sectors! To the east you will find new wild lands, filled with cold tundra and dangerous mountain terrain, starting with a river that is moving south through lush forest area with a few buildings here and there giving that authentic rural feeling. Some bunkers remain here to there from former TEC01 operations, giving you access to that sweet high tear loot. These new sectors are named A0, B0, C0, D0 respectfully because where do you go from 1? And then we have South. You already saw it but we have a completely new island fleshed out and ready for players to entertain the SCUM audience worldwide on. New POIs docks and much more. As for the docks, more on that later but enjoy some screenshots for now.

First up of the new POI you will find, we have the brick factory. A common sight across Croatia as we are used to selling bricks to each other. If you are looking for them building materials, this will be a must visit location. Or just need bricks to throw at others, that works too.

Next one up is the weapons factory. Highly dangerous new military area, filled with that sweet loot. Approachable by sea or land, just be careful about the still active mechs roaming around and other snipers waiting for you to exit with “their” loot.

Here is something the RP community and fishermen will appreciate. A small shipyard in the middle of nowhere.

It would not be true Croatian coastline without them windmills. One of the tallest landmarks on the island will make sure you will be able to meet your friends or foes with little issue on the island. And many more secrets wait for you on the island, but why spoil the surprise. Now new terrain is not the only change we have on the island. Let us introduce the next big change.

We have completely revamped the weather system in the game. From day and night cycles, clouds and chance of rain to the night time and moon phases. It is a major overhaul, and it looks amazing if I may say so myself. Now I know what you are thinking, “Hey Dev team are you really gonna make it so just NASA computers can run this”. Well worry not friends. Remember last patch how we mentioned 4.26 and how it was crucial for this one? There were a lot of optimizations for this, so the game will run smoother than it did. But without boring you with all the technical stuff let’s just show you what we mean. The weather now also influences the waves as well, more wind and worse the weather is, the bigger the waves are.

Now there were a lot of complaints about nights being too dark or too light depending on which version we are talking about. We promised we will look into it and do it properly and are now delivering on that promise. We now have simulated moon cycles. Depending on the weather and which moon cycle it is, you will now be able to see/not see more clearly at night.

We have a new island, we have a new river, so it is time for some naval means of transportation. Boats are now available. There are different kinds of boats and we will divide them into 3 categories:

By those categories it is pretty self-explanatory, there are 3 different propulsion systems: Motors, sails and paddles. Let’s start with the simplest one:

Well it’s boat with a big ass motor attached to it, what more do you want? What more do you need? How they work is pretty simple. First off you will need some gas in the tank, then you need to enter the driver seat and start the engine. After that your boat goes brrrm and on your merry way you go. And if you happen to run out of fuel in the middle of nowhere, don’t worry. The boats come with side paddles. Going to take a little longer and you will be prime target for snipers, but hey you are still moving. Paddle boards

There are 2 in the game, the found on level PDU boards and craftable small rafts. The smallest and slowest in the game, but also the stealthiest. To operate it, you will not only need to craft or find the board you will also need to find or craft a paddle. Once you have both, you just climb on and paddle away.

Currently we only have one, but the support is there for possibly more. The improvised big raft is one of the new boats you can craft. it is a big one that can carry more people and inventory so it will require quite a bit of materials. On first hand sailing these boats might seem simple enough but it has nuances. Wind actually does matter. That is right, don’t expect you will be able to just drop the sail and go whatever direction you wish. Direct the raft against the wind and it will slow you down, or even push you backwards. You will need to actually watch the wind and sail with it to get where you need to go.

Alright survival fanatics, here is the one you’ve been wanting and asked for a long time. Fishy fish fishing. Lot of information here so pay close attention!

Instead of making fish puns here, and trust me I have a lot of them, you will find the important details about fish, fishing equipment and how to actually fish. So let’s start with fish and types.

Now let’s get to fishing itself.

To take a closer look at parts click here.

Presenting the Automatic slingshot crossbow created by the one and only Jörg Sprave. Completely craftable this thing will make you one of the most feared people on the island. Especially once you load it with one of these:

For all of you that wanted to RP Rambo we added explosive arrows and explosive bolts. Load it in, fire, wait for the beeping to stop, KABOOOM. We also added another new type of arrow and bolt to spread love on the island, but we are not adding that here.